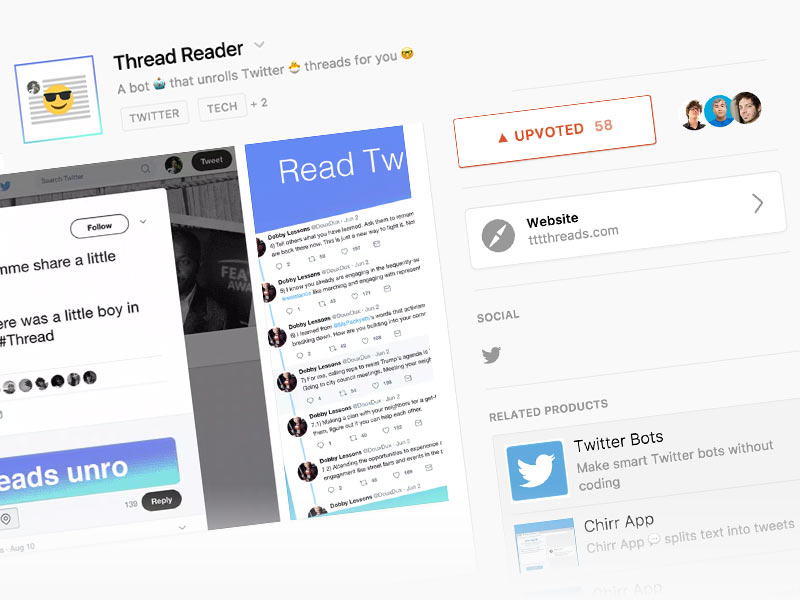 I was quite naive on this one, I read through some blog post and I thought that you can/should show your product on a few major websites and hopefully get some interest.

So that is what I did, I prepared different messages to talk about my project on each platform, each message was quite polished and adapted to the given public and then I posted it. I was monitoring these posts to see if it would get some traction but… not much happened.

I started with Product Hunt (6 September) I was quite sad to get only 65 up-votes (but that would be my best score overall) At the end of the week I did not get much traffic coming through.

Even if my expectation at this time were very low, I attempted Reddit on /r/SideProject and got nothing (22 September)

These are the stats for that launch, be careful it is very misleading

As I said, each of theses “communication” tries did not get me any relevant visits.
The peak you can see for Product Hunt is not related to PH, Hacker News drove nothing and Reddit less than nothing (maybe something like 100 visits).

Thread Reader also got a little press coverage, but it did not help much lifehacker.com/thread-reader-reformats-tweetstorms-into-text-essays

Of course all these links that talk about the service are great as they allow a better discoverability of the tool, but the real peaks come from another type of traffic: influencers.

So I guess you saw that spike between Hacker News and Reddit? More than 10K Users that day! 🔥🔥🔥

On that day I went to almost 400 users live, but I was worried about the server and did not take time to get a capture. In the end the server was ok, everything is very well cached.

Thread Reader as you can imagine is deeply social, and so it is a perfect candidate for buzz of all kind.
I did not look for any influencers in particular, some just decided to use the product and tweeted the given link to their audience (for me an influencer is someone with 10K followers or more).

The first peak, at the same time of Product Hunt, was a French guy with 300K followers, and I had a combo here as one of his friend with 200K retweeted him with the link. Big time!

The second major peak a few days after Hacker News was a Russian woman with “only” 11K followers, but she wrote a massive Tweet Story of 500+ tweets and the content was very good quality. People RT this like crazy and I still got many visits even today going to the site to read that story.

Now, from time to time, I get a random peak coming from anyplace at anytime.
Last was from Spain!

So this is how I got some traction, influencers and good content.

The server is in France and cost me 5 euros/month. That is quite cheap, but we have a good internet ecosystem there.
In addition to that, I spent a month full time to develop Thread Reader and now I will say I take one hour every day to answer support questions and fix bugs or add small features.

As a freelancer in France I would ask for US$ 500 per day, so this project would have been about 12K including a month of support (this estimate is quite opinionated for sure).

Donation
I did not plan to make big money with that project, at the beginning I did not include any way to give me money. At some point I got inspired by another website and started to ask for PayPal donation. The very same day I received a first donation of US$10 I was so excited, to be honest I never imagined that people will donate.

Donations today sum up to US$180, people give around $8.
To put that in perspective, lifetime unique users so far are about 130K so that is $0.001/user

Crypto Mining experiment
At the time Thread Reader went live, a new service started, it is a crypto miner named CoinHive. The idea is that a script run on my website doing some work on the computer of the user and I get some crypto coins in exchange (very simplified here).
I was very intrigued by the concept and I thought it was worth the try.
Of course, I did not implement it as most of the bad guys would do: in Thread Reader I warn the user with a message explaining what is going on, and the miner would start only if the user is on a desktop computer that is not running on battery. Also, I decided to use only 40% of the free computer resources of the user and of course they can opt out very easily straight on the website.

The result is not very lucrative, I mean I don’t have that much traffic, and they don’t pay much either, so I gained 0.25 XMR so far worth about 22US$ (not paid yet)

I will stop that experiment soon, also it is important to note that multiple anti-virus consider that as Malware (it is not but it has been abused as it) so I did get few criticisms about it.

This project is a good excuse to build a lot of small tools to help it spread, so I made a Google Chrome extension that allows access to Thread Reader straight in Twitter.com, also an Android micro app that leverage the share feature of the Twitter app and Android.

I also experimented things, like an embed version, it was a feature request and technically interesting to build, so I made it.
But I also tested other things likes stories and news stories but it did not get much traction.

Because the feedback loop I get with these tools is very fast (it is easy to try new things) and thanks to the people that are very supportive and genuinely interested, I’m going to keep working on that service something like an hour a day for user support and bug fix.

I want to dedicate that blog post to my most supportive users (that would be human support not necessarily money), alphabetically: