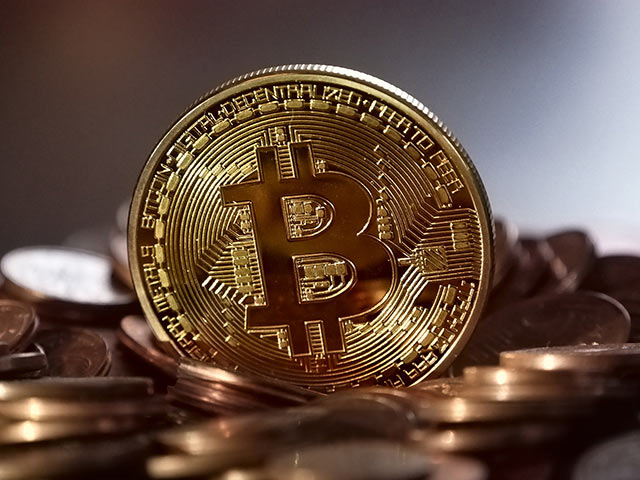 I mean invest… it is more about your faith in technology than anything else, and don't forget that you should not invest money you're not ready to lose.

This article is not meant to be an expert’s take on Bitcoin but rather my perspective of what is going on. Therefore, it is a biased personal opinion and it will only cover some aspects I think are important to know today.

Remember that Bitcoin is first and foremost an experimentation and is highly speculative.

Bitcoin is a virtual currency that is not regulated by any governmental or financial organizations.

Without going into details, the trusted party — needed for any kind of currency system — are a cryptographic trick coupled to a consensual peer to peer network validation mechanism.

I let you check these links for more details:

Created in 2009, Bitcoin has passed through multiple bullish periods with different intensities.

I experienced it with my own investment, and to be honest I was in shock. My idea was, in August 2016, to invest — or bet depending on how you see it — around €1000 every month in bitcoins to play with.

Months went by and I saw some virtual gains, but my luck was about to turn… the value of bitcoin halved in two days!

This crisis was about one of the main limitation of Bitcoin. Let's see…

Bitcoin has — in my opinion — multiple weaknesses, including a major one.

Bitcoin is not regulated, this is not a real weakness, but you must remember it, it has no organization to back it up, so if at any point you get scammed, you're on your own.

Also, you will be your own bank, and to keep your computer — or wherever you keep your digital wallet — safe will require some pretty advanced digital security.

If you decide to let your wallet be managed by an online platform, beware, multiple websites have been hacked and some of them have been run by criminals and scammers, and beware, as mentioned above, in case of trouble you will have no one to turn to for help.

For the Bitcoin network / transactions to work and be validated it requires a process called "mining" done by "miners". This process, as you may understand from the videos above, needs by nature a lot of computational (electric) power.

While it is no doubt ecologically flawed, people regroup in order to combine their computational power, as more power means more chances of “finding” a bitcoin — if you don't get that part, check back the videos — and then of course share the profit.

Most of the mining is done in China where the electricity is cheap, buildings are turned into “bitcoin mines”, with specialized computers focused on mining bitcoins.

This is a small documentary: Life Inside a Secret Chinese Bitcoin Mine

This leads to the third problem.

Transactions are validated by consensus.

When Bitcoin was created mining was meant for everyone using it.

But today people are involved on this new market without mining and individual miners joined forces to form strong groups called “mining pool”.

If any one of these groups gain over 51% of the computational power, the consensus mechanism would fall apart since they would have the last word no matter what. Such a majority would allow them to create fake transactions and authorize them.

And this is not a theory, it almost happened!

Fortunately the group which almost held 51% of the network decided to split in two so the currency could persist.

Also, it is worth noting that China as a country has more than 51% of the computational power (split in multiple pools) but it could be a threat to the independence of the currency.

Bitcoin is an experiment and was not designed to reach such a global scale. As more people use it and as a result increase the amount of transactions, the network can saturate because the bitcoin network has, by design, a maximum limit of transactions per unit of time.

I won't explain the technicality behind it but rather talk about what happened in that situation.

Giving that the bitcoin protocol is open source, anyone can access the source code, and get involved in its evolution and propose solutions. But since miners are the ones authorizing transactions and subsequently have the last word over the future of Bitcoin, what would happen if two major mining pools disagreed on the future of the currency?

Two groups supporting Bitcoin came up with different solutions to the scalability problem. Unable to agree, it quickly escalated into a digital war.

As seen in the news: Bitcoin Core vs Bitcoin Unlimited

It was crazy, it becomes a political fight based on communication and diverse attacks on each others. Both solutions had their strength and weaknesses, but that was not the point, they wanted it their way or nothing.

They started to threaten each other and even talked about working on a “hard fork” (This event would be in fact the result of a 51% attack).

In that event the group with 51% or more of the computational power would decide of the solution, having the consensus on their side they could reject the transactions being made by the other part.

Anyway, after a long time and even more politics, I guess — because nobody is sure about what happen as the internal communications are not public — they settled on one of the technical solutions to preserve confidence in the currency and save the Bitcoin.

But this problem could come back at anytime… and somehow it is already the case.

Again in the news here and here.

These are not as big of a deal, but don't forget: Bitcoin is not anonymous or at least has its limitation. Even by applying strict rules and security, some NSA grade tools are able to do statistical analysis and uncover a lot of information.

In addition, owing to the fact that every transaction is public, some bitcoins have had a bad history such as being traded on the infamous Silk road website or similar.

Nation states have so far been reluctant in embracing Bitcoin and other cryptocurrencies, mostly because they lack control over it. Some have tried to ban it but with difficulty due to its digital nature, and other have slowly embraced it and see value in this new currency.

But overall, since it has not yet been adopted by the wider public, most governments are just watching and taking their time to assess its benefits and work on regulation.

Disclaimer: This is my opinion and I should not be held responsible for your actions.

Bitcoin is a game, an experimentation, it is a proof of concept and has been copied multiple time. It has engendered the creation of many other cryptocurrencies. Some are only here for fun, others have corrected some weakness of Bitcoin.
I let you check the main competitor today that seems promising: Ether (this is not a currency but works on the same technical base).

What the future has on hold for Bitcoin? I don't know.

To have survived on the market so far is a good indicator, now other currencies are challenging its supremacy, but even with its flaws the market valorization is already very important for it to be simply ditched away, and in my opinion this is what saved it from the “hard fork” we discussed above.

Today, nerds are not the only ones to follow Bitcoin, it is gaining unprecedented value over time, as a currency of course but also as a brand. I believe it has the strength to overcome future crisis and could end up stabilizing once and for all.
More challenges are around the corner and if bitcoin gets too political others cryptocurrencies will benefit from it.

See some data about the Bitcoin network and market: https://blockchain.info/en/charts

As for me, I'll continue to play with cryptocurrencies, but my investments will be split between Bitcoin and Ethers.

Thank you to my friend William for helping with writing this article.